North American Legal System – A blessing and a curse for feminism

Regardless of how long I live outside of Canada, I regularly follow the news of my birthplace.  I look at the local news, catch up on the politics, read the business section and yes I read the crime/justice section too. Recently a very high profile sexual assault case came to its conclusion in a Toronto courtroom. For weeks and months ahead of the verdict, Canadians talked about it at the water cooler, over dinner and as you can image over every social media platform possible. It was fascinating and gut-wrenching at the same time.

A curse where complainants, victims, witnesses are scrutinized as much, if not more than the accused. Some would say that this is not fair, but our entire justice system is based on the presumption of innocence and the burden of proof beyond a reasonable doubt. Within the justice system, decisions are based very often on circumstantial evidence and credibility of evidence and witnesses must come into play.  In this case, the accused was acquitted. Some say justice was not served. Marie Henein said it best during an interview with the CBC’s Peter Mansbridge “Justice does not mean that you are guaranteed a result that you want”.

What made this high-profile case even more controversial was that the defense attorney was female. How dare she practice her profession by defending a man against sexual assault allegations. It has been said she is a traitor to her gender.   I watched and read an outpouring of support for the complainants, only to be outdone by the vitriol towards Marie Henein (defense attorney) and the justice system. Comments like “You have just set women’s right backs 70 years.”  and “feels like a betrayal from a sister” played out on Facebook. It was excruciating for me to witness a feminist backlash towards Marie Henein, someone I don’t even know. It was just the principle that she was doing her job just like a surgeon and was being chastised for doing it properly.

During the last two years, I have been talking to people about the feminist label. It is a polarizing topic almost all of the time. I have many friends that proudly use the term, some perhaps offended when I indicate that I am not completely comfortable with that label. Their response…Do you not believe in women’s rights?  Of course, I do!  What I find extraordinary and complex is the concept of feminism should be bringing females together. Unfortunately, what I am seeing is more and more division and judgment. In my opinion, it is this division that is setting women’s progress back in time.

I considered myself a feminist, but I have views that do not align with feminism. So I coined the term and adopted a label of an “in-between” feminist. For me, It is a concept that feminism is a continuum. It allows all humans that believe in women’s rights and equality to figure out where they fit within a broad definition and to work together, have dispassionate discussions that are constructive and inclusive.

I am not a lawyer or a judge. But I have been a participant in the Canadian justice system. My parent’s divorce was acrimonious such that at age 12 I became part of the court proceedings. Whether it be a criminal or civil matter, as Marie Henein said in her interview “time in the court system is a devastating time for many people”.  “It is something that you will carry with you always”. But despite this forever experience, I am thankful to have a justice system that is a blessing and a curse. My hope is that humans can see themselves within this feminist continuum that is an inclusive and accepting community of people that believe in women’s rights in a dispassionate and constructive way. There has to be a way that we can support victims and complainants without tearing down women attorneys and judges of either gender. 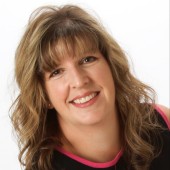 I am a full stack marketing leader, an analyst, a digital story developer, a messenger and positioner who analyzes the complex and makes it relevant and compelling. I love building and growing teams who deliver the "goods". A thought provoker about marketing, community building, customer engagement, and women in tech.